From the Windy City Times…

A new study from the Williams Institute at UCLA School of Law (Utilization of LGBT-Specific clinics and providers across three cohorts of lesbian, gay, and bisexual people in the United States) found that only a minority ( 13% ) of LGB people have utilized LGBT-specific clinics and providers, but a majority ( 52% ) expressed an interest in utilizing them in the future. 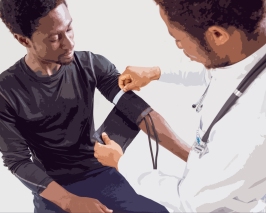 Researchers examined a representative sample of LGB people in the United States from three age groups—young ( 18-25 ), middle ( 34-41 ) and older ( 52-59 )—to understand the factors that influenced past utilization of LGBT-specific clinics and providers and interest in using them in the future.

“The discrepancy between past utilization and interest in future use of LGBT-specific providers suggests there is a disconnect between the type of healthcare many LGB people would like to have and what they have access to,” said lead author Alexander J. Martos, former Research Analyst at the Williams Institute. “Younger, Black LGB people and those with lower incomes reported the greatest interest in LGBT community-based healthcare.”