Bruce Richman, the renowned activist and founder of the Prevention Access Campaign, the organization that launched the undetectable equals untransmittable (U=U) message, is on a return flight from Greece where he joined local advocates in sharing the news that when you’re living with HIV, on meds, and undetectable, it is impossible to transmit the virus to others.

For the last several years, Richman has united activists in efforts to end both the HIV epidemic and the stigma that many people living with HIV face. A growing network of health experts, professionals, teachers, siblings, spouses, parents, and friends have changed perspectives on what a positive diagnosis means. Through hard-hitting research and tenacious activism and lobbying, U=U has become a global consensus, recognized by the Centers for Disease Control and Prevention and numerous other agencies, doctors, and organizations around the world.

But despite the immense impact U=U has already had on the esteem, relationships, and overall wellness of those living with HIV (and the people who love them), the rest of the country’s general perception of HIV is still outdated. This is what drives Richman’s pursuit to change hearts and minds.

“U=U is my calling,” Richman, a lawyer-turned-activist, says. “It grabbed me by the gut and yanked me forward. I’ve never felt such a compulsion and clarity. I knew that undetectable equals untransmittable, but millions of people were suffering because they were not being told and people in positions of great influence to alleviate that suffering were sitting on their hands. I had no choice.”

Facebook has quietly started removing some misleading ads about HIV prevention medication, responding to a deluge of activists, health experts and government regulators who said the tech giant had created the conditions for a public-health crisis.

The ads at issue — purchased by pages affiliated with personal-injury lawyers and seen millions of times — linked drugs designed to stop the spread of HIV with severe bone and kidney damage. Lesbian, gay, bisexual and transgender advocates long have said such claims are “false,” pointing to multiple studies showing the class of medication, known as PrEP, is safe. 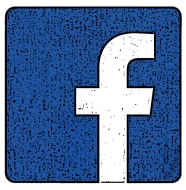 After initially declining to disable the ads, Facebook began on Friday retroactively labeling some of them as rule violations in its archive, limiting their visibility. The company’s third-party fact-checkers concluded the ads were misleading and lacked context, according to a copy of an email sent by those fact-checkers to LGBT groups that was shared with The Washington Post, which first reported on the matter earlier this month.

The change in course at Facebook drew praise from LGBT organizations that had worked since September to stop the spread of HIV misinformation on the social media platform. But many activists said they remain uneasy that it took so long to get Facebook’s attention in the first place — and worried the company’s policy on such ads in the future remains unclear.

“The removal of select ads is a strong first step given the findings of Facebook’s own fact-checking agency and the dozens of organizations that spoke out,” said Sarah Kate Ellis, the leader of GLAAD. She added the “time is now for Facebook to take action on other very similar ads which target at-risk community members with misleading and inaccurate claims about PrEP and HIV prevention.”

Facebook spokeswoman Devon Kearns confirmed that the company had taken action against some of the ads. “After a review, our independent fact-checking partners have determined some of the ads in question mislead people about the effects of Truvada,” she said, referring to the name of the drug. “As a result we have rejected these ads and they can no longer run on Facebook.”

Ending the HIV Epidemic: A Plan for America aims to close this implementation gap. NIH-funded advances in effective HIV prevention, diagnosis, treatment and care are the foundation of this effort. In addition, expanded partnerships across HHS agencies, local community organizations, health departments, and other organizations will drive new research to determine optimal implementation of these advances. This type of research is called “implementation science,” and is essential to translate proven tools and techniques into strategies that can be adopted at the community level, particularly for communities most vulnerable to HIV. 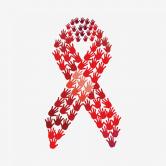 Understanding what works to prevent and treat HIV at the community level is critical to the success of the Ending the HIV Epidemic plan. More than 50% of new HIV diagnoses in 2016 and 2017 occurred in just 50 geographic areas: 48 counties; Washington, D.C.; and San Juan, Puerto Rico. Seven states also have a disproportionate occurrence of HIV in rural areas. For its first five years, the new initiative will infuse new resources, expertise, and technology into communities in those key geographic areas.

However, communities are more than just geography. On World AIDS Day, we are reminded that Ending the HIV Epidemic must take place “Community by Community.” The people affected by HIV are a part of unique communities often shaped by differences in race, ethnicity, gender, culture, and socioeconomics. To reach people who have different needs, preferences, and choices, and ensure that HIV treatment and prevention tools can work in their lives, we must go beyond a “one-size-fits-all” approach.

Stigma did not create AIDS. Yet it prepared the way and speeded its ravaging course through America and the world. First stigma delayed understanding of the disease: it’s a gay cancer, it’s a punishment from God, they brought it on themselves, so who cares? Then stigma delayed government action, research, and assistance for the sick and dying. Stigma made people afraid to get tested for HIV and treated. Stigma made people ashamed, isolating and alienating them from friends and family. Stigma cost people jobs, professional standing, housing, a seat on an airplane or in a dentist’s chair. Stigma made many afraid to live, and want to die. But then it began to make some brave people very angry and AIDS activism was born. The activists quickly realized that to end AIDS we must end stigma.

AIDS activism did more to fight the stigma on being gay or having AIDS than any other social force. In this way, AIDS activism, like the civil rights movement, became a great moral movement of our time, defending the innocent, restoring dignity to the violated, giving hope to the desperate, and reviving faith in the disillusioned. AIDS activism gave LGBT people courage, dignity, and power they had never held before.  It inspired many to stand up and proudly proclaim who they are and who they love. Twenty-six of the world’s most advanced countries now recognize gay marriage and today a gay man openly married to another man is a prominent candidate for President of the United States.

By Jeffrey A. Singer

In his State of the Union Address earlier this year, President Trump announced the laudable goal of eliminating HIV transmission by the year 2030. Needle exchange programs (also called Syringe Exchange Programs or SEPs) are a public health approach in use since the 1980s with a proven record of reducing the spread of HIV, hepatitis, and other blood-borne infectious diseases. I have presented much of the data supporting needle exchange programs here and, more recently, here. Now, new research reported in the Journal of Acquired Immune Deficiency Syndrome adds even more strength to the argument in favor of needle exchange programs.

Jeffrey A. Singer is a Senior Fellow at the Cato Institute and works in the the Department of Health Policy Studies

Because most of the averted cases would have received publicly funded health care, the study’s authors then translated averted cases into cost savings for the two cities.Using surveillance data of HIV diagnoses associated with intravenous drug use from Philadelphia and Baltimore, cities where needle exchange programs had been permitted since the early 1990s, their analysis concluded that more than 10,000 cases of HIV were averted in Philadelphia from the years 1993 to 2002, and nearly 1,900 cases were averted in Baltimore from 1995 to 2004.

The forecasts estimated an average of 1,059 HIV diagnoses in Philadelphia and 189 HIV diagnoses in Baltimore averted annually. Multiplying the lifetime costs of HIV treatment per person ($229,800) by the average number of diagnoses averted annually in both cities yields an estimated annual saving of $243.4 million for Philadelphia and $62.4 million for Baltimore. Considering diagnoses averted over the 10-year modeled period, the lifetime cost savings associated with averted HIV diagnoses stemming from policy change to support SEPs may be more than $2.4 billion and $624 million dollars for Philadelphia and Baltimore, respectively. Because SEPs are relatively inexpensive to operate, overall cost savings are substantial even when deducting program operational costs from the total amount.

Needle exchange programs have long been endorsed and encouraged by the Centers for Disease Control and Prevention, the Surgeon General of the United States, the World Health Organization, the American Public Health Association, and the American Medical Association. Nevertheless, needle exchange programs are legally permitted to operate in only 28 states and the District of Columbia. Drug paraphernalia laws make them illegal elsewhere.

Some critics argue that needle exchange programs “enable” or “endorse” intravenous drug use. Such moralizing is not appropriate in this context. Addiction is a behavioral disorder characterized by “compulsive use despite negative consequences.” Preventing organizations from providing an effective means of harm reduction to people with addiction who continue to use drugs is akin to denying insulin to diabetics who continue to make dangerous eating choices.

It is not unrealistic to set a 10-year goal for ending HIV transmission. Needle exchange programs are essential for that to happen. 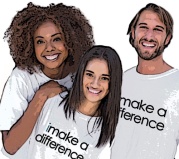 The HPG is an important advisory body for the Department of Health’s Division of HIV Disease and is organized by the HIV Prevention and Care Project at the University of Pittsburgh. The group seeks to better inform all levels of the HIV Care Continuum in Pennsylvania (excluding Philadelphia, which is funded separately) through Integrated HIV Planning and oversight, statewide assessment, and advisory responsibilities.  The group is particularly seeking HIV positive applicants and folks who represent minority communities, trans communities, and those at-risk under the age of 39. You can find more information on StopHIV.com.

You can also use this convenient online form to apply.

Who we are: We are a diverse group of representatives working to enhance HIV prevention and care efforts for Pennsylvania.

What we do: Our work contributes to the development of the HIV Prevention and Care Plan, which implements ongoing objectives and activities to reduce the spread and infections of  HIV.

Who we’re looking for: Individuals who are living with HIV; at high‐risk for HIV infection and are: racial and ethnic minorities, between the ages of 14 and 39, and/or transgender; representatives from Ryan White Part B‐D grantees; employees or clients of HIV prevention/testing/PrEP providers; and County/Municipal Health Departments. Applications from all interested candidates will be considered.

You can also apply to be a member of the HIV Planning Group at: https://tinyurl.com/HPGApplication2019

The application deadline is November 7th.